Capturing our place among the stars in a photograph can be one of the most rewarding experiences for any astrophotographer. It can also be one of the most frustrating if you don’t put some thought into it ahead of time. Here are a few things you can do to minimize frustration and get the most out of your imaging sessions.

In today’s social-media-driven world, we take candid pictures of almost everything, and usually at least a few turn out well enough that we share them.  Taking pictures willy-nilly is fine when doing it is almost as easy as thinking about them. But after the sun goes down, things change quite a bit.

For these reasons, it’s important to maximize the time you have to actually shoot.  If you can figure out where to set your tripod up and get a “preview” of your planned shot during the day, you will spend less time fumbling with your gear in the dark and more time capturing starlight. 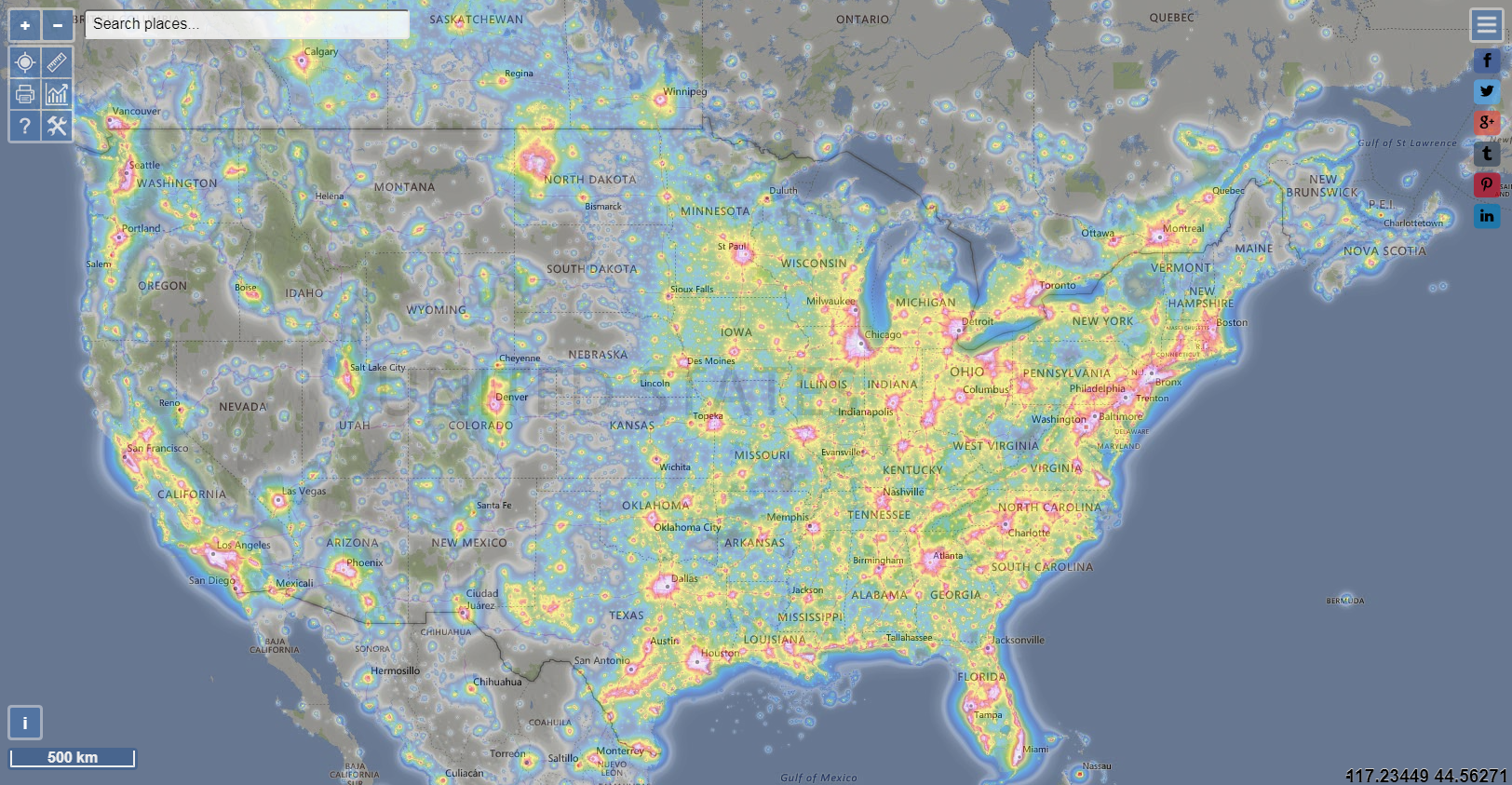 You may have a really scenic spot in mind, but if the light pollution there is worse than “light green” on this map, you are going to have a difficult time resolving things as faint as the Milky Way in your shots. If your goal is to shoot images of constellations and not necessarily the Milky Way, then you may not need to go to a dark sky site to get what you want, but light pollution certainly limits your possibilities.

Prepare for the (Orbital) Elements

I’m not just talking about the weather! The Earth moves roughly one degree of arc in its orbit every day. For this reason, the stars look slightly different on a given night than the evening prior. It’s important to know how the skies will line up with respect to the foreground in your shot. One way to do this is to use some kind of planetarium software; software that can simulate how the skies will look on a given night at a given point on the earth. Currently, my favorite piece of software for this task is SkySafari 5 Pro, but there are other options available.

Perhaps even more important than the Earth’s position in its orbit around the Sun is the Moon’s position in its orbit around the Earth. If the moon is bright, it can wash out the Milky Way along with everything else, save for the brightest stars. Unless you want to shoot terrestrial shots illuminated by the moon, you will want to avoid moonlight whenever possible. You can check the moon’s phases against a calendar here:

Okay, the Weather is Important, too …

Clouds ruin everything, simple as that. Be sure to check the weather report immediately prior to making the trip to your site on the night of the session. A few clouds here and there or a little haze can add a pretty cool effect to your shots but if the weather report says anything worse than “partly cloudy”, you are likely better off sitting things out for the evening and trying again another time. It can be hugely disappointing to sit things out, but it’s a lot worse if you drive hours to a site with nothing to see.

… as well as the physical elements.

If you’ve never spent an evening under the stars outside of a tent and sleeping bag, you may be surprised just how cold it gets. You can get hypothermia even on a summer evening. To stay warm and able-bodied, I bring the following:

Also, it’s best if you can go with a friend or bring a dog if you have one. And always, ALWAYS let someone know where you are going and when you expect to come back.

This might seem silly, but many a clear night has been wasted on forgotten gear. Charge your camera batteries the night before. Bring extras; batteries do weird things in the cold and sometimes don’t last as long as you might expect. Make a checklist if you have to, but at all costs, avoid leaving critical gear like memory cards or your tripod home by accident.

After you’ve figured out the best time for your shot, prepped your gear (photography and otherwise), and determined you have a reasonably good chance at clear weather, head on out! It’s best if you can arrive when there’s still daylight, although this isn’t always possible, it just makes setup that much easier. Then, set up your camp chair and wait for the stars to come out! While you’re camera is working away, try to spend some time just looking around and taking it all in.

If you’ve never been out to the wilderness before to do a shoot like this, expect to feel somewhat apprehensive. Now if you get to your location and feel that you are in an unsafe situation, by all means, pack it up and try again some other time. Being alone in the dark can make you feel uneasy all by itself, but none of this is worth getting hurt over, and you need to trust your gut. Discerning between unease and danger is an important skill to develop.

For instance, when I first bought my telescope, my brother and I went up to the woods to go play with it. We finished setting up at around 10pm and had a great 3 hours of looking at the stars. Then we heard a bunch of shooting, followed by what sounded like drunken laughter, then more shooting, probably no more than a mile away. We were set up very close to a dirt road and were worried that whoever was doing the shooting might come our way soon. So, we trusted our instincts, packed it up, and left immediately. We were bummed out, sure, but in the end, it was the right decision to leave. It’s okay to ignore general fear of the dark, but it’s not okay to ignore your instincts if they are telling you to get away.

After your session is over, get some sleep first. If you’ve been up all night, or significant portions of it, you will be very tired. If you’re anything like me, being tired might make you grumpy and pessimistic, which makes it easy to pick out all the flaws in your images instead of enjoying the fact that you just took pictures of outer space.

That said, when you are well-rested and have some serious time to process and review your images, try to be as objective as possible. Appreciate the good things about your images, then try to determine what may have produced a better result. There are myriad variables to consider, but one mistake I’ve made several times is forgetting to re-focus when exposing for the foreground. Take this shot, for instance. 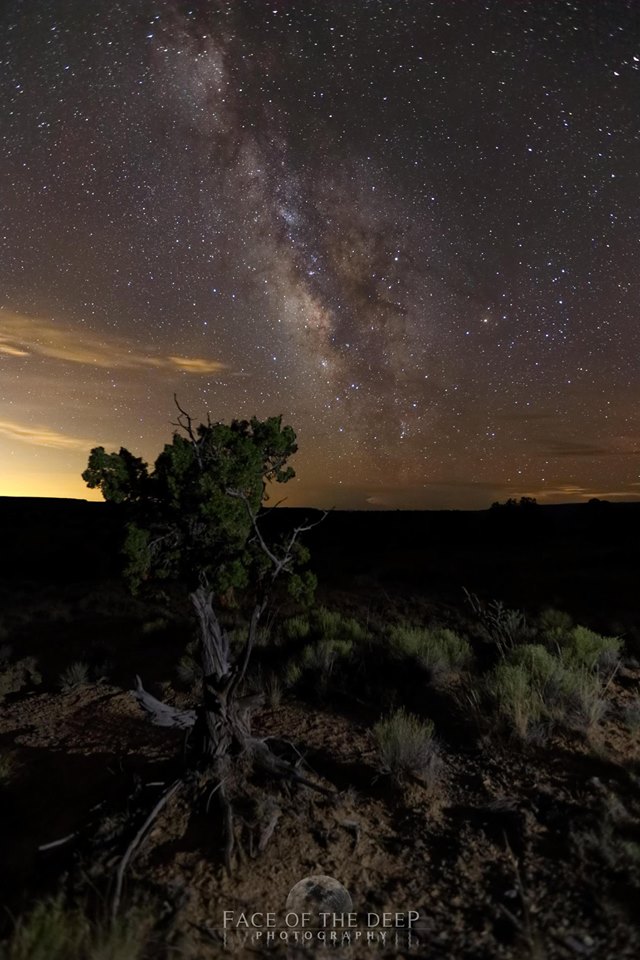 Figure 3: An otherwise-great shot with a blurry foreground. Shot with a Canon EOS 6D and EF 16-35mm F/2.8L zoom lens at 16mm and F/2.8. Illuminated with a cellphone flash light.

In this particular image, I decided to try some light painting for the first time in awhile. I shot the stars first, then the tree. I got so excited about the lighting that I completely forgot to re-focus the lens for the foreground. I didn’t realize my mistake until after I got home and started processing the shots. Initially, I was mad at myself, then realized how silly that is because I still like to look at the shot, and I learned two things: 1) light painting is not hard, even if you don’t have the “right” equipment, and 2) I found a really cool location within an hour of town that I can go back to fairly often. I’m looking forward to trying this shot again a little later this year.

Even as I write this, I’m having to abandon a shot I planned. I wanted to head out to a sandy place in the desert about an hour from my house, but the forecast shows 30-50mph winds all day and all night. Staying home and working on other aspects of my photography workflow (image processing, for example), would be a far better use of energy than trying to force the shot and have a miserable time getting sand-blasted all night.

Sometimes, having a shot plan can help you make these kinds of time-management decisions, even if that decision ends up being to abandon the attempt. Even so, the weather will improve eventually, and when it does, I’ll be ready to try again 🙂

How do you like to plan your shots? Let me know in the comments below!