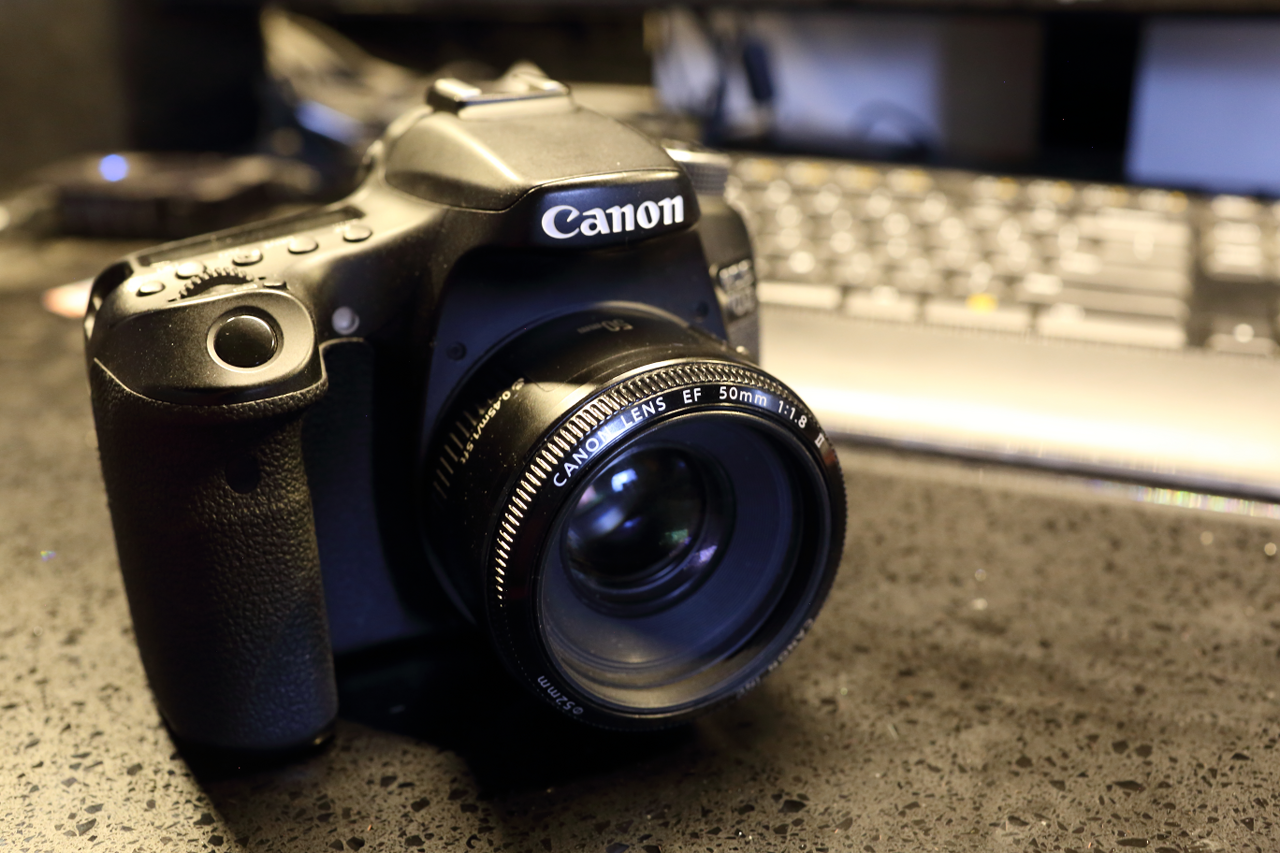 I love the challenge of pushing hardware to its limits. I did it professionally as a software engineer for over a decade, and now I do it for fun with my cameras. So when I found an already-cheap 50mm prime lens for $40 on Craigslist, I jumped on it. But can such a cheap lens produce good astro-photos?

I’d like to introduce you to my $40 Canon EF 50mm F/1.8 II lens. Just about any working lens at $40 is a good deal, and this one is no exception, but in all honesty, it’s a dirt-cheap lens to begin with. They go used on Adorama for $64, so they are about as bare-bones as they come, although they do still have auto-focus. 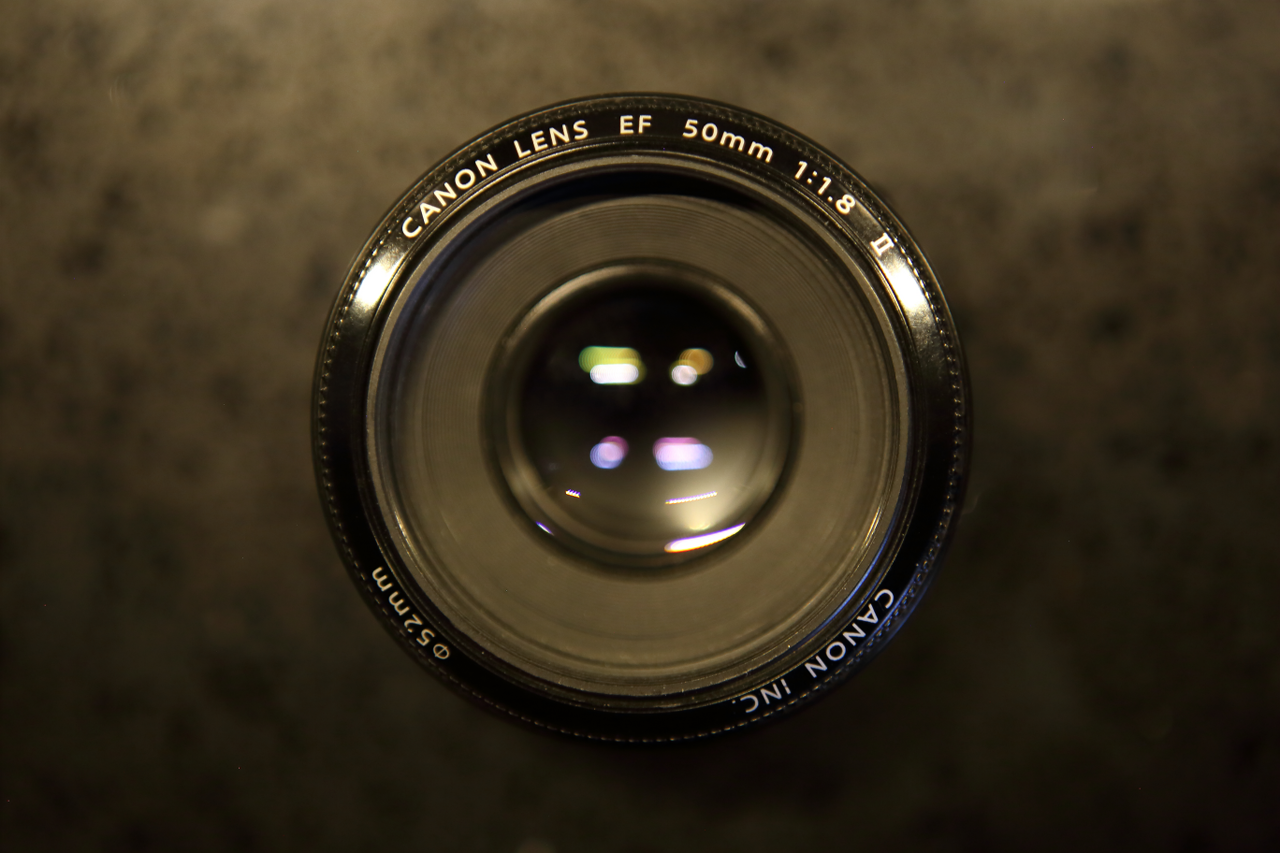 Why are they so cheap to begin with? There are a few reasons. First, while the lens itself is made of glass, the housing is almost entirely made of plastic, even the back portion that makes contact with the camera body’s metal flange. This makes the lens extremely light, but it also feels very flimsy. The second reason why it’s so cheap is that 50mm lenses are pretty easy to manufacture, for physics reasons that I won’t get into here. The third reason why my copy was so cheap was because the original owner had lost the lens cap. New lens caps for this guy only cost $7 on ebay, but whatever 🙂

Surprisingly, this lens makes an image circle large enough for a full-frame camera, but it exhibits pretty bad corner performance and strong vignetting, especially when the aperture is wide open. So I decided to shoot my tests with it on one of my APS-C bodies, the Canon EOS 70D. Here’s what the lens looks like when attached.

So that’s the whole package; a budget lens on a middle-of-the-road camera body. Let’s see what it can do!

Stars are already one of the hardest targets for a camera lens to cope with. Point light sources easily expose all of a camera’s flaws, because they warp into easily-recognizable defects in the final image. Making things more difficult for the camera is the long exposure times required to image not just the stars, but the gas and dust clouds that emit and reflect far less light than stars do. Huge dynamic ranges are present in night sky scenes, adding another level of complexity.

Finally, what makes this lens/body combo interesting is the relatively narrow field of view. The stars just move too fast for this lens/body combo to be used from a fixed tripod, so I knew I’d have to track this shot. At around $150-$200 used, it’s probably the cheapest tripod-mounted tracker available, so that plays further into the “budget” aspect of this shoot. 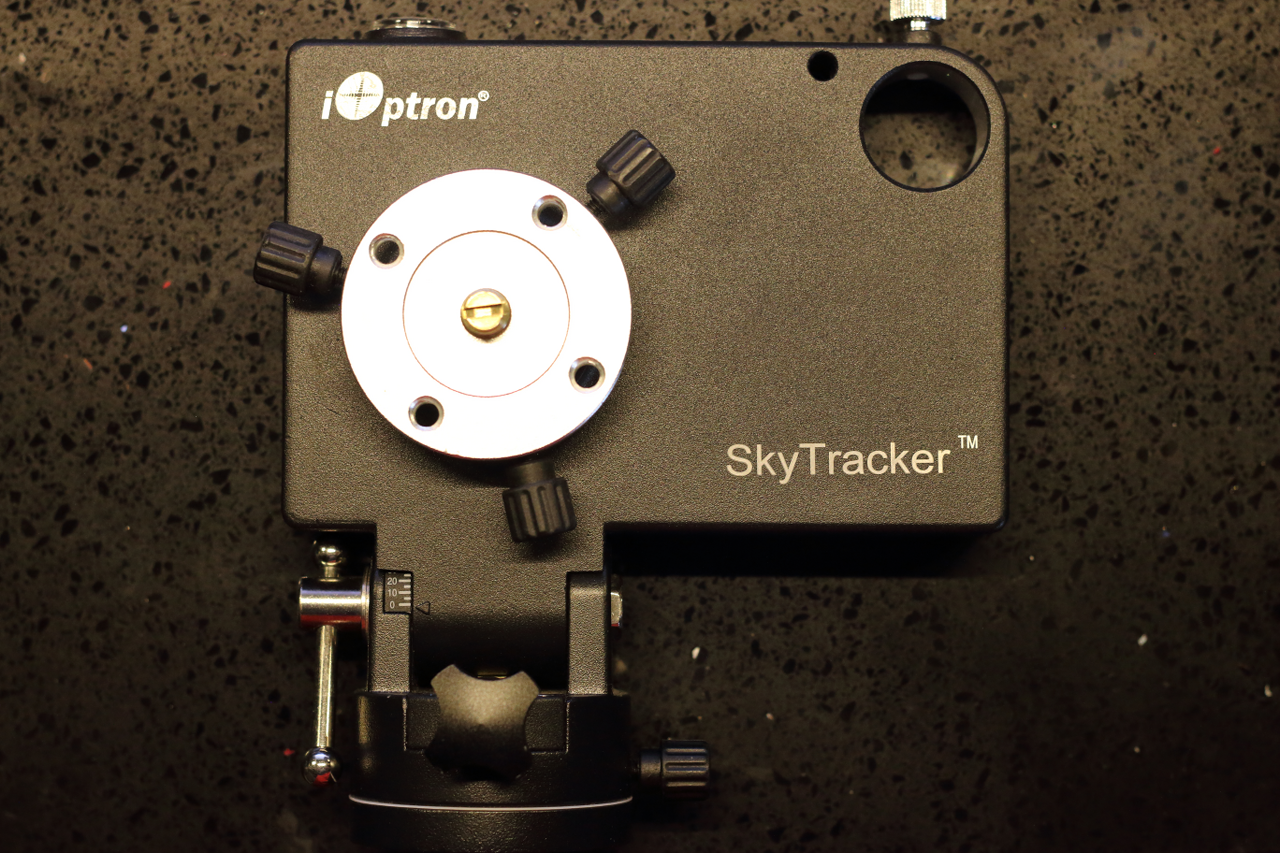 Figure 3: My iOptron SkyTracker. This device mounts on top of a tripod and then allows you to mount your camera on top of a ball-head. The metal circular platform rotates at the same speed as the earth, cancelling out its rotation.

Now to pick a target. Since I’d be tracking this shot, I knew I wouldn’t really be limited in my exposure times, so I thought I’d try to get a constellation surrounded by the Integrated Flux Nebula, or IFN. For those unfamiliar, the IFN is the gas and dust that surrounds the Milky Way. Most of it is outside the plane of the Milky Way, so it is illuminated by not just one or a handful of stars, but all of the stars in the galaxy. Being far away from the plane of the galaxy, it’s also the dimmest gas and dust to image. I decided to try to capture it behind Taurus and the Pleiades.

Figure 4: A “preview” of my shot, as predicted by SkySafari 5.

With the shot planned and ready to go, I went to one of my usual dark sky sites and set up for the night. I started shooting a little before 9PM and finished at around 1AM, collecting four-hours-worth of frames.

A picture is worth a thousand words, so instead of talking about it just yet, I’ll let it speak for itself. 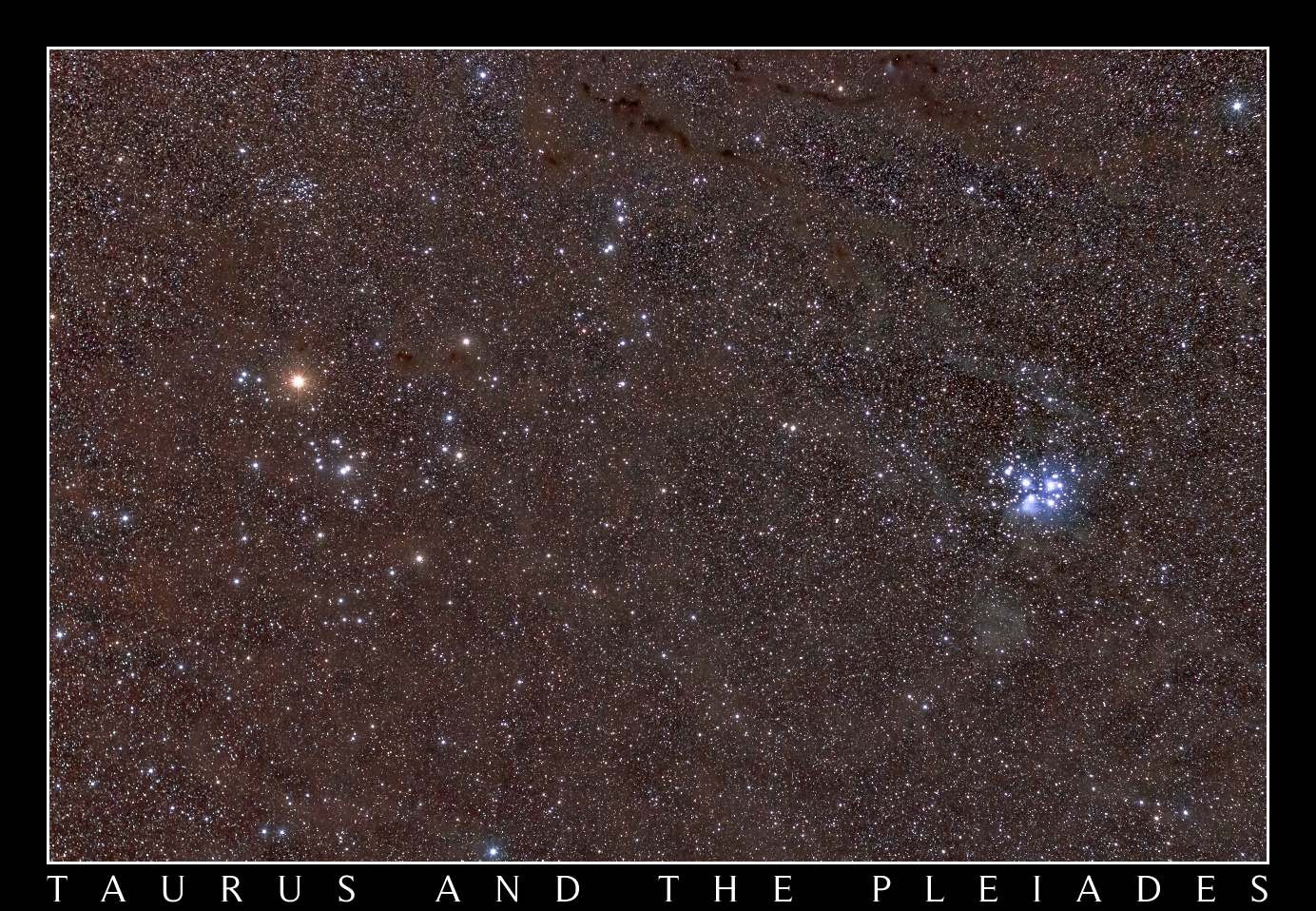 I was shocked at how well this little lens performed! You can see dark dust clouds near the top, but a lot of dust in the IFN is visible throughout (brown to the left and lighter to the right near the bright stars in the Pleiades cluster). The colors and contrast are pretty decent. What’s more is that there is very little coma and chromatic aberration in the corners, meaning you get crisp, circular stars throughout the entire image. Only in the extreme corners of the image at 100% zoom do you see a tiny bit of tangential astigmatism. Far more expensive lenses often do not fare this well!

That said, I did have to stop this lens down to F/3.2, which is not surprising, but a little disappointing. I do have to say that, if used on a full-frame body, the image would probably not look near as well in the corners. Another drawback is that one of the reasons why you buy a lens with an F/1.8 aperture is to use it at F/1.8, and this lens is honestly terrible for stars at that aperture due to coma and other kinds of aberrations. But at $40, that “issue” is a total footnote. For as light as this whole setup is, tripod and tracker included, it’s extremely mobile. You could easily take this with you on backpacking trips. If you can get this level of detail and quality out of *any* lens while retaining your ability to move around easily, there are no real complaints.

All told, I can’t believe I got something this good out of a lens so cheap that many serious astrophotographers completely overlook it even when it’s brand-new, let alone missing a lens cap and acquired from a total stranger. I may have gotten somewhat lucky on this copy, as lens quality between identical copies this cheap is known to be hit-or-miss, but at $40 you almost can’t pass something like this up. It was certainly worth the price of admission for me!

Do you have any cool budget lens stories of your own? Share in the comments below, and don’t forget to subscribe!