In previous posts, I’ve described at length many of the techniques I use to shoot nightscapes. In this tutorial series, I’d like to keep things much shorter and pick apart some of my photos with minimal step-by-step instructions. The shot we’ll be going over this time was taken on the Santa Barbara River in New Mexico.

Santa Barbara River, Carson National Forest, New Mexico. I positioned the tripod in the middle of the river for the shot, just above the dry rock furthest to the left in the picture below. 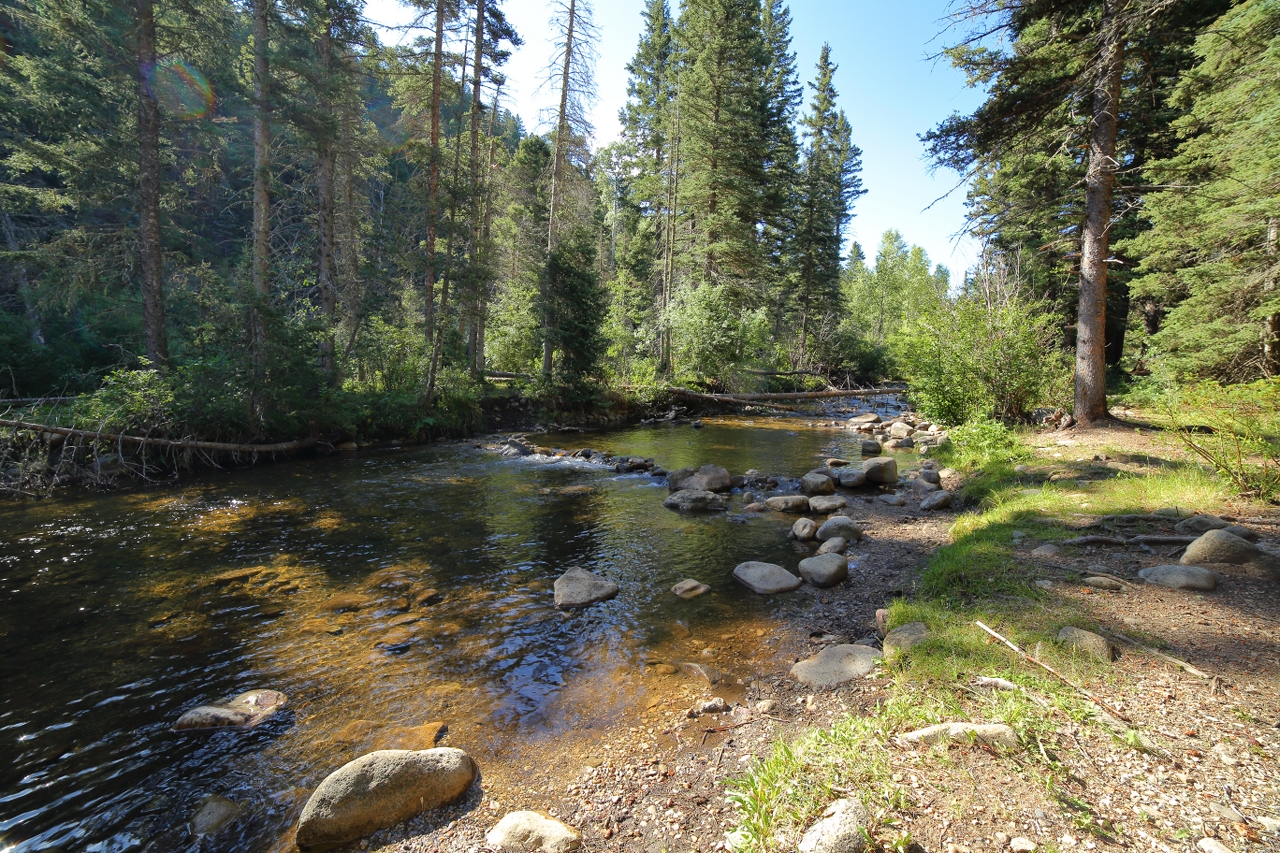 If I could go back and shoot this again, I think I’d try setting up before dark and shoot the river during twilight. The river water was super clear and the rocks in the bottom of it would have made the foreground a lot more interesting. Unfortunately, there’s just no way you can get enough exposure time to pull that kind of detail out of the foreground after dark on a moonless night. Even so, I’m happy with how this turned out and look forward to trying something like it again in the future.

What do you think? Let me know in the comments below!