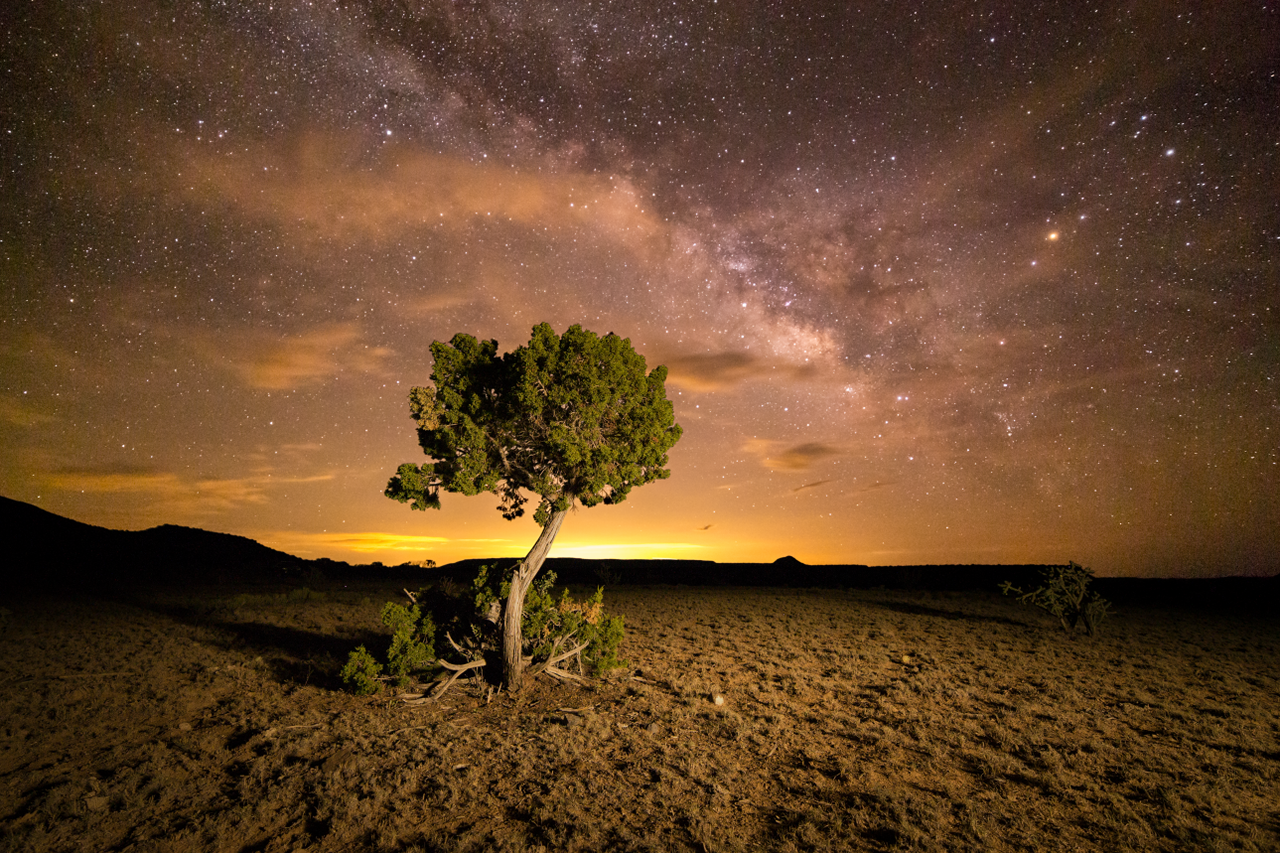 I’ve described at length many of the techniques I use to shoot nightscapes. In this tutorial series, I’d like to keep things much shorter and pick apart some of my photos with minimal step-by-step instructions. The shot we’ll be going over this time was taken near Cabezon Peak in the New Mexico desert.

Cabezon Peak, New Mexico. Unfortunately, by the time we arrived on site, it was already getting pretty dark, so I don’t have a good shot of the scene itself this time. I’ve been to Cabezon many times before, so this is one of those rare cases where I didn’t spend a whole lot of time up front finding an interesting scene to shoot. If you’re going to a new place for the first time, you should always spend some time during daylight hours to scout out an interesting scene beforehand.

I’m quite pleased with how easy it is to achieve a pleasant foreground look with nothing more than a smartphone flashlight. You don’t need an expensive/complicated light rig for these single-frame shots, so you can literally do them anywhere your feet can carry you. However, if you want to shoot these kinds of scenes in a panorama, you might need something a little more elaborate to ensure that the lighting stays exactly the same between successive shots in the panorama. I’m going to try this next time I go out, so stay tuned for Episode III!

Until then, I’d love to hear your thoughts, so feel free to drop me a note in the comments below!