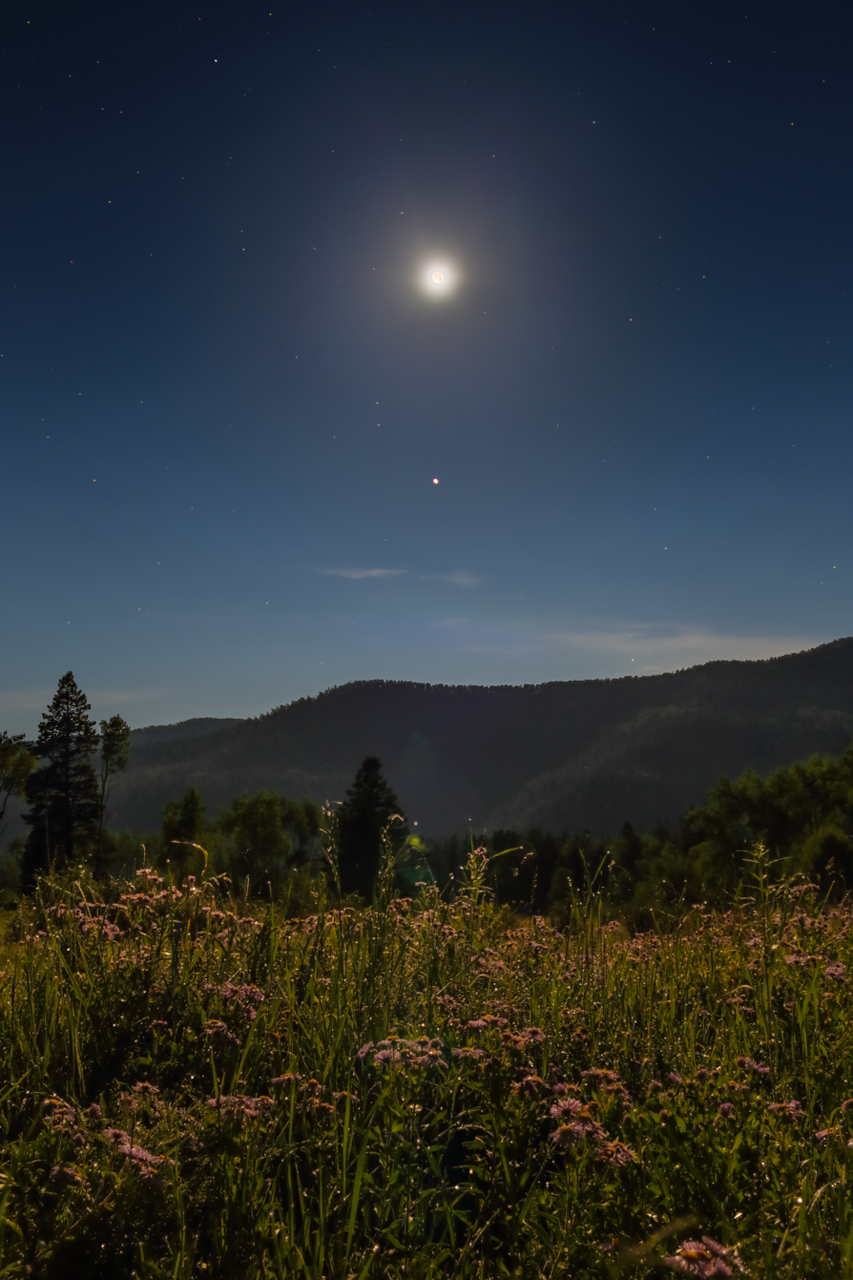 I’ve described at length many of the techniques I use to shoot nightscapes. In this tutorial series, I’d like to keep things much shorter and pick apart some of my photos with minimal step-by-step instructions. The shot we’ll be going over this time was taken in the Pecos Wilderness of north-central New Mexico. 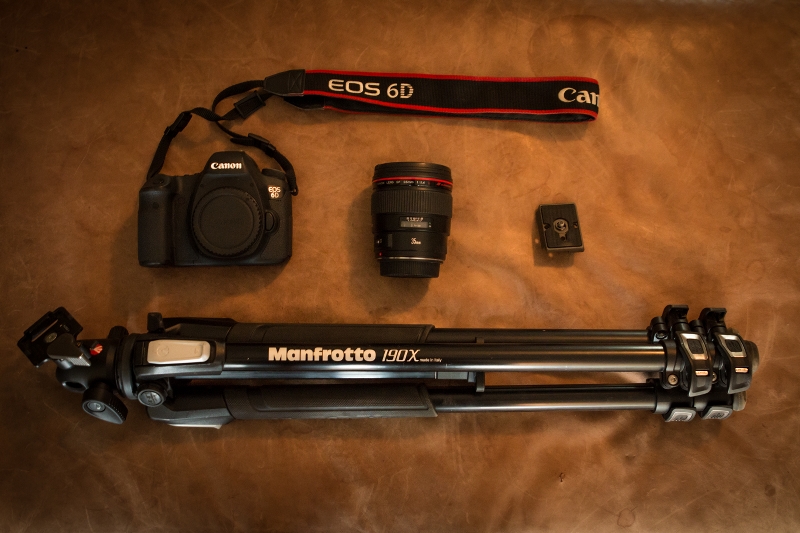 Pecos Wilderness, New Mexico, but not in a place you might consider “scenic”. I wanted to try to get a shot of the sky with some flowers in the foreground, and wouldn’t you know that the best-looking flowers happened to be just outside the campground outhouse!

Top Left: The outhouse where I shot the picture from. Mid Left: The flowers near the sign were best-positioned for the planned shot. The moon would set to their right. Bottom Left: The rock marks the spot where I set up. Right: The view from that spot during the daytime.

I had actually wanted to shoot this the night before when the moon and Mars were a little closer to each other, but we got rained out that night, most of the next day, and for several more hours again before things cleared up and I could finally take the shot at 4AM. All the water droplets in the grass made for some nice pinpricks of light in the scene’s foreground.

Silly location aside, this was a difficult image to process. Ultimately, it was composed of 8 images with three different apertures and exposure times. It took about 4 hours of editing time to get the image to look the way I wanted it to. Being 100% honest, I’d like it if the moon were a bit larger in the frame but I can’t bring myself to edit in a different moon image. To me, that feels a little … dishonest (but that’s just me). So next time, I may try this with a lens in the 70-85mm focal length range.

What are your thoughts? Drop me a line in the comments below!