One of my dreams since I was a kid was to have my own observatory. Now with a family of my own, including two rambunctious boys who love to explore and build things, I’ve decided to pursue that dream and document it as we go along. This new blog series is all about the trials and triumphs of the entire process, unfiltered and unabridged.

Here’s the problem: I live in a white zone, deep within the light-polluted skies of Albuquerque, New Mexico. Take a look at the light pollution map below and you’ll have an idea of what I’m up against.

I’ve found that I can only shoot exposures of a few seconds before light pollution starts to wash my images out, even with a light pollution filter, so doing deep sky photography from my house is difficult at best.  I need to find some land further out of town for my observatory site.

Fortunately, I’m only about a one- to two-hour drive from some VERY dark skies. Two hours to the southwest of Albuquerque is the Very Large Array, situated in some of the darkest skies in the country. 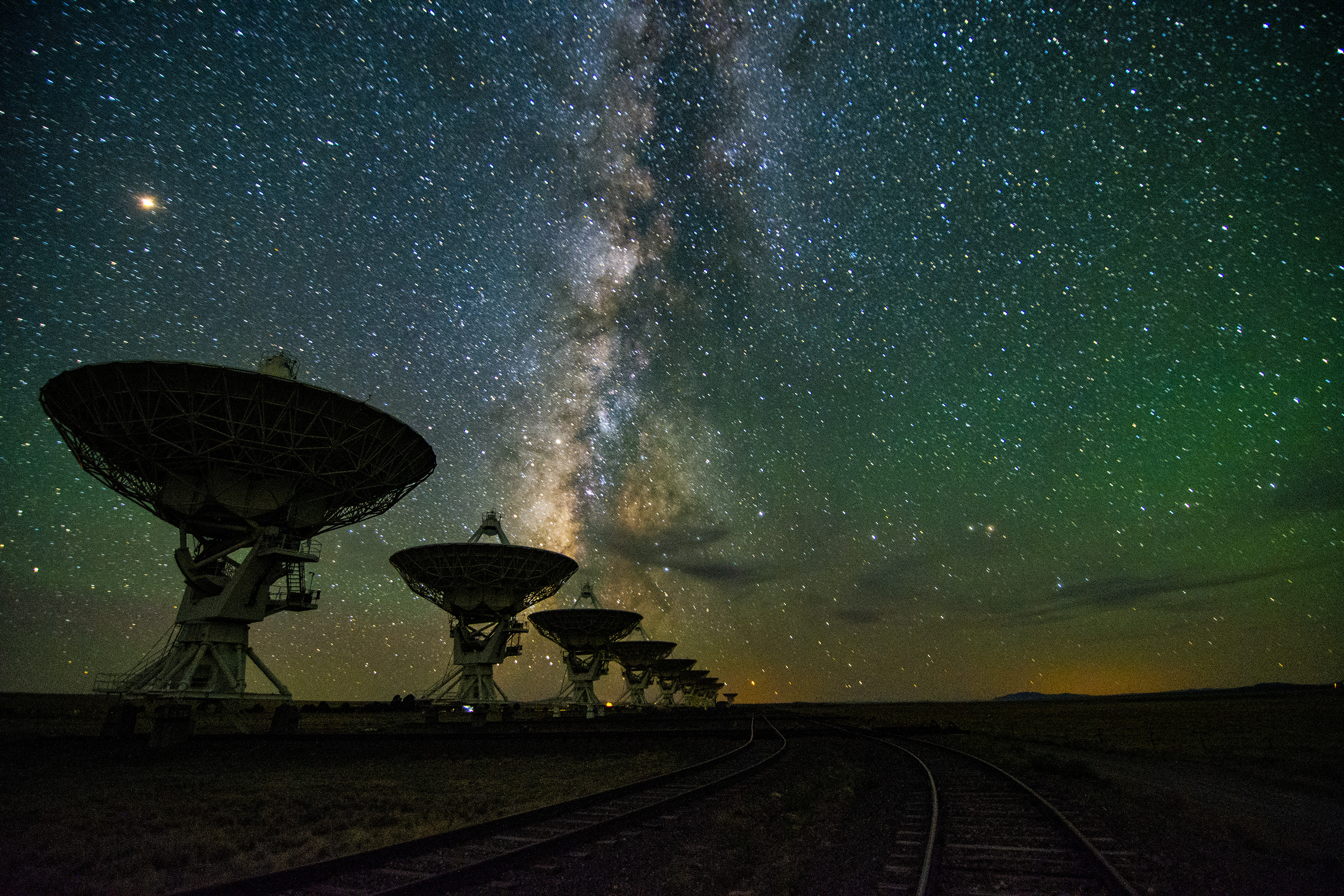 Taking a closer look at the light pollution map reveals a number of potential observatory locations, all within two hours of where I live. Some of the back-country roads here in New Mexico can be pretty rough, especially in inclement weather, but I have a 4-wheel drive vehicle and quite a bit of experience dealing with rough roads, so I won’t be letting a bumpy ride get in the way of being under the stars.

Before I jump into the real-estate market, I’ve created some criteria for any potential land purchases, along with a fixed budget (if “aperture fever” is a thing for telescope users, I assume “acre fever” is also a thing for new landowners). I’m not suggesting this is a recipe for everyone who wants to build an observatory, but for my particular situation, I think it works best.

These are subject to change, of course, if I later discover that my budget is unreasonable or if the land market is unfavorable, but I plan to stick to these guidelines pretty closely. It’s all too easy to get suckered into a deal that ultimately won’t work out well, so knowing what I want and sticking to it will be important.

I’m going to be spending a lot of time driving out to the middle of nowhere, to places where data reception may be non-existent. Getting lost is a real possibility if I’m not careful, so I plan on having good maps with me (you know, the kind that don’t depend on good reception).

I’m not planning on getting stuck somewhere out there, but if I do, help may be far away so telling my wife where I’m going and when I plan to be back will be important, as will be bringing extra food and water just in case. Another thing to prepare for will be the hit my wallet is going to take while putting so many miles on my truck; it’s a great vehicle, but it’s also very thirsty!

I’m excited to get on with this adventure and plan to post regularly as I look at land and all the possibilities it will bring. Once we get into the build, I’ll be sure to write about that part of the process as well. My hope is to be able to bring the stars to people, be it on this website, or in person when the observatory is complete, so stay tuned!