The first telescopic image test I did at the land was with my big beast of a scope, the C11. Combined with the mount, it stands about seven feet tall and weighs about a hundred pounds. It’s by far the most difficult to use scope I have because it picks up everything. If a car half a mile away with its headlights on points anywhere near it while the camera shutter is open, the shot will be ruined by the glare. So it needs some dark skies and steady ground to stand on. I chose a relatively bright target, M27, the Dumbbell Nebula.

Figure 1: My Celestron C11 scope (left), used to shoot M27 (right, prints available). This is about 2 hours of exposure time on M27. I’m still dealing with some focus drift and field curvature issues at the time of this writing, but it’s the best deep sky shot I’ve obtained with this scope to date.

M27 is a supernova remnant, the leftovers of a star that exploded thousands of years ago, which are still burning to this day. It’s a relatively bright target, but it’s also very small in apparent size. Below is a montage of M27 and the moon, taken at the same image scale, with the same C11 telescope; it’s impossible to take a single photo like this, but it illustrates just how small some of the targets I’m shooting for actually appear.

Figure 2: Comparison of the apparent size of M27 with the moon. Although M27 appears much smaller, it is 4500 light years away and 1.44 light years across; over 4 billion moons would fit inside it, end to end.

The second test I did was on my “smaller” scope, the ES127ED. If the C11 is a five-gallon bucket, this one’s more like a pitcher at your local pizza joint. On this particular test, I was able to get about 8 hours of exposure time on M33, the Triangulum Galaxy.

Figure 3: My ES127CF scope (left), used to shoot M33 (right, prints available). This scope doesn’t have the same magnifying power as the C11, but has a much wider field of view and is much simpler to use.

M33 is a galaxy that resides about 2.73 million light years distant from the earth, which is one of the most distant objects you can still see with the naked eye (albeit as a fuzzy blob). It appears roughly the same size as the full moon to us here on earth. It’s one of the most beautiful things you can take pictures of, in my opinion. I hope to shoot this one in more detail next year, but this was pretty good for a first attempt.

As you can imagine, it takes a lot of time to drive out to the site, set up the scopes, and set up camp for a night or two, so any improvements I can make in the short term to save time will go a long way in eventually building the observatory. First thing was to make a decent fire pit. If you noticed, in the first picture you can see where I dug a hole in the dirt for a fire. It didn’t take long before my wife and I dragged some sandstone over to make a better fire pit. You might be surprised at how much some rock around a fire can improve things when you’re making dinner or breakfast. It’s also nice to be able to put your feet up and keep them warm when things get cold during long nights of shooting!

Another small improvement I made was a level set of stones to set my tripod on. The site slopes gently downward from east to west, which isn’t a huge deal, but it does make getting the tripod level take a few more minutes. Since I’ll be doing this quite a bit (at least until the observatory is built), those minutes will really add up over time. This way, I can just throw the tripod down, legs fully extended, and know that I’m level and roughly pointed north, and not have to make so many adjustments during the alignment process. 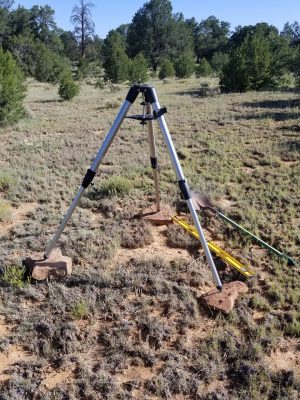 Figure 5: A level spot for a telescope.

Unfortunately, it’s late enough in the year that even a fire won’t keep me warm enough in a tent out at the site, so I probably won’t be spending any nights there until the spring time. In the meantime, I plan to use the days and months between to come up with a design plan for a cabin and the observatory structure. I’m not 100% settled on a specific design yet, but I’m thinking something with a wood stove, a loft for sleeping at least my family and some guests, and big, south-facing windows for indoor stargazing when the weather is cold. The observatory structure will probably host a couple of telescope piers and have a roll-away A-frame roof. I’m still working out the details on how to bring this all together, but there’s a good chance it will happen in 2020. I’ll keep you posted! 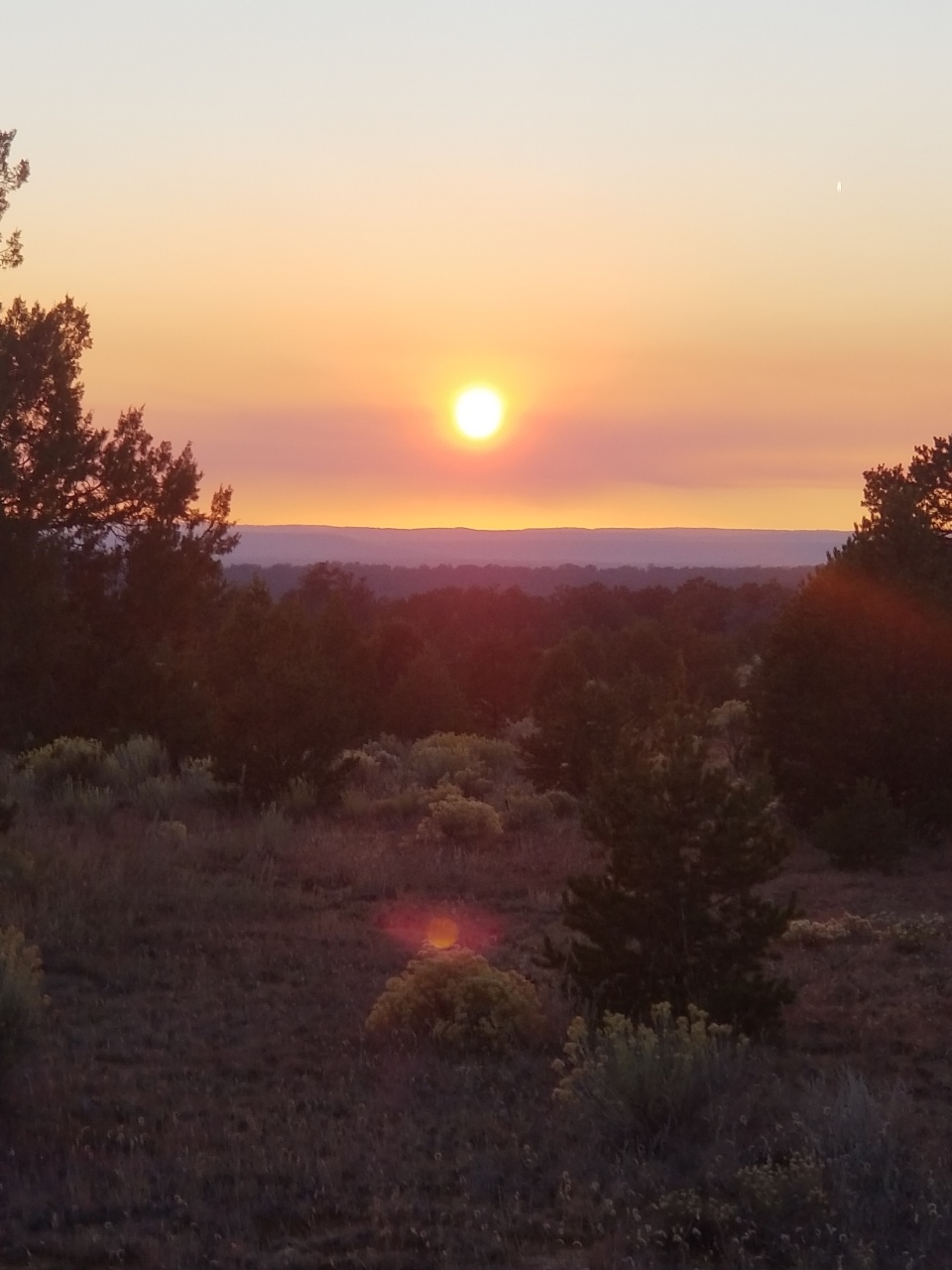 Figure 6: An autumn sunset from the future home of Face of the Deep Observatory.